Now that's more like it.
Actually got to talk a walk last night. No errands, no destination, just me and my music. I needed that. Been having a bit of cabin fever. I'm glad the weather's shifting!

How can I get into studies like this?
Objective: To find out whether taking images of the male and female genitals during coitus is feasible and to find out whether former and current ideas about the anatomy during sexual intercourse and during female sexual arousal are based on assumptions or on facts. 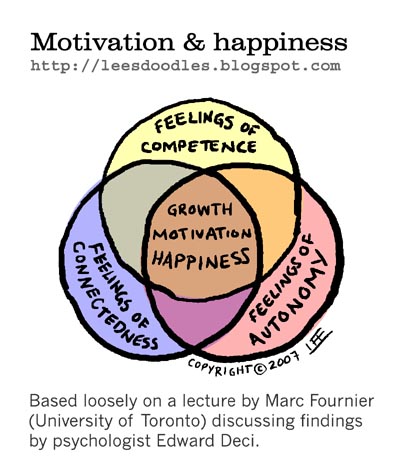 Doodle by Lee. Other doodles you can use on your blog can be found at Doodles.

Daily Science
A group of scientists have found a way to bend and direct liquid using only the force of light, according to a study that will be published Friday.

yunatwilight will be here today to keep me on task... I must sort through the BPAL, at least the bottles. And make this week's round of phone calls. And some other stuff. Maybe get some things up on eBay. My problem is just that there's so damn much to do that I'm eminently distractable!

I noticed a few weeks ago that I seem to have blasted through all of my triggers. People asked how. I responded that I'd just... dismantled them. But how did I do that? How did I go from gut-level response to objective reasoning?

I've been tossing that question around in the back of my mind. The answer came to me on last night's walk.

I jumped out of a plane.

As I said that day of my thoughts two miles straight up, falling at terminal velocity:

...The fourth thing I notice is that I am not afraid.

I had been afraid, just moments before. Seconds before. Freefall lasts a full minute, over a mile straight down. These thoughts are in the first ten seconds. I had been afraid in the plane, afraid of falling, but knowing that I must do this. And then I fell forward, and...

...and I am not afraid, and don't know that I ever will be again.

This is what happens when you let go.

There are plenty of opportunities for fear on the plane. But once you fall into the sky...

The brain does not process fear.

Maybe fear is a response, not just to "something scary", but to choices. As long as you might fuck up, there's something to fear. The wrong action, the wrong decision.

When you are suspended, pressed between air and earth by forces that seem more mystical than scientific, when you are simply *there*, striving to look up, so completely away from everything you've ever known -

When there are no choices -

This is the ultimate surrender, and fear has no place here - no soil to grow in, no space to live.

After jumping out of a plane, it's hard to process fear in quite the same way ever again. When fear rises up - say, from a PTSD trigger - something in you steps back and said "You hurled yourself out of an airplane, trusting that you would land safely. How can this little thing be scary?" From there, it's an easy step to "This is irrational" and "Let's trace this back to its source".

And the thing about PTSD triggers - they're rooted in childhood, mostly, for me. And when you trace them back, it's like going back to your elementary school as an adult and realizing how small everything looks now, compared to when you were 8 and it all looked so massive and a year was forever...

So you trace the irrational terror of $THING back to its roots, and you say "Dude, I am not 8 anymore. I am bigger than this thing now." And you realize how small it is, compared to who you are now, who you've grown into. And you realize that really, you've made it past this.

And that's the metaphorical sledgehammer.

I'd been working on this stuff before the skydive, of course, but it was slow going. When you're triggered, it's really freakin' hard to take that step outside and say "wait, this is not right, this is disproportionate".

The skydive made it easier. Because after that - after having all of the fear blasted out of you at 120mph - nothing is all that scary anymore. Recalibrated sensors.

I realize that this won't work for everyone, and so this post may be unhelpful to some. I wish I could tell you how to do it sans freefall. But all I know is my way.

Poetic justice. I did the skydive to raise money for RAINN, and it blasted away rape trauma. Cool. :)
Collapse